PANORAMA redefines the theatrical experience as its unique 360º rotating pop-up cabinet transforms reality into fantasy, provoking our senses and re-mystifying the world we inhabit.

As PANORAMA slowly rotates, the world outside starts to to change, evolve, abstract. Not just through the interventions of the actors, but also through the public outside, who find themselves integrated and becoming part of the unfolding drama. The observer is no longer simply a consumer of theatre, but co-creator of it.

Panorama challenges perceptions and reconnects people with space and each other. To stimulate our imagination, experience a sense of presence and see the world in a new light.

Tom Greder (Tomoskar productions) is an itinerant artist focused on interactive contextual physical comedy. Born in Switzerland and raised in Australia, since 1988 he has independently produced solo circus, theatre, cabaret and street theatre performances as well as collaborated with and directed national and international circus, theatre, dance and film companies.

As a director and teacher in both the theatrical and corporate sectors, he has established himself internationally for his innovative approach to creativity & physical comedy and conducts his “Finding Comedy” sessions regularly throughout the world. More information:
“Bio Tom Greder” 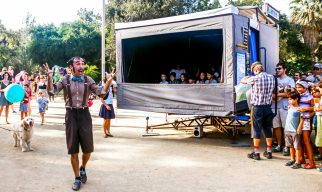 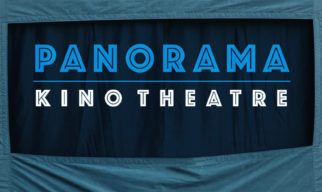 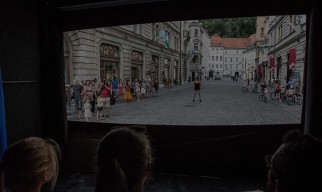 With the generous support of :

This website uses cookies to improve your experience while you navigate through the website. Out of these cookies, the cookies that are categorized as necessary are stored on your browser as they are essential for the working of basic functionalities of the website. We also use third-party cookies that help us analyze and understand how you use this website. These cookies will be stored in your browser only with your consent. You also have the option to opt-out of these cookies. But opting out of some of these cookies may have an effect on your browsing experience.
Necessary Always Enabled
Necessary cookies are absolutely essential for the website to function properly. This category only includes cookies that ensures basic functionalities and security features of the website. These cookies do not store any personal information.
Non-necessary
Any cookies that may not be particularly necessary for the website to function and is used specifically to collect user personal data via analytics, ads, other embedded contents are termed as non-necessary cookies. It is mandatory to procure user consent prior to running these cookies on your website.
SAVE & ACCEPT